GSK engaged EON Reality to create an interactive VR application to provide a better understanding of ALS, its causes and possible solutions.

GlaxoSmithKline needed a way to show their Medical Vision for the treatment of Amyotrophic Lateral Sclerosis (ALS). ALS is a disease that affects patients on a cellular level and is a very difficult to explain disease. In short, ALS affects the neurons that control the voluntary muscles of the body and results in the death of the upper and lower motor neurons in the brain, brainstem, and the spinal cord.

The difficulties in showing the progression of the disease and GSK’s vision for a cure that affects a patient on a microscopic level are numerous, especially a disease that is so debilitating.

Overall awareness of ALS is on the rise thanks to the work of non-profits and campaigns such as the “ice bucket challenge.” However, awareness of the specifics of how the disease affects patients and the actual cellular processes that come into play are not. GSK specifically needed a way to jump start understanding of the disease to quickly engage visitors and clients.

With the causes of ALS not fully understood, GSK needed a way to highlight their work and the approach they are taking in treating ALS. Specifically, they wanted visitors and clients to explore the concept behind their medical vision by themselves so they can reach an in depth understanding of GSK’s approach.

GSK wanted to showcase the underlying medicine and biology that leads to and causes ALS. This science, while not fully understood, illustrates how difficult the disease is to treat and highlights the challenges GSK is facing with treatment.

EON Reality developed a Virtual Reality application for the Neural Pathways Discovery Performance Unit in Singapore to help visitors visualize their medical vision for combatting Amyotrophic Lateral Sclerosis (ALS). The simulation begins with a healthy person and shows the progression of ALS as they take ill. By using an Ibench Mobile together with the Virtual Reality simulation, guests are able to see how healthy nerves interact with muscle tissue and see how diseased nerves function. Users are are also able to see how GSK proposes to stop the disease in the future.

EON Reality’s simulation allows users to see what’s happening at the cellular level and how ALS affects motor neurons and muscles. Users can manipulate the cells in Virtual Reality to get a hands on look at how the disease affects patents. The simulation also shows the progression of the disease and the drastic effect it has on motor function.

The ALS simulation EON Reality created for GSK takes difficult to explain concepts and turned them into easy to understand visuals. Additionally, because users immersed in the subject matter they can get a better understanding of the disease and how it affects those with the disease. The simulation is setup as a kiosk in the entry of GSK’s Singaporean office to educate their visitors and clients on the work they’re doing with ALS.

“The 3D visual allows our clients the opportunity to explore the concept behind our DPU by themselves, providing them with an in depth insight into our approach that helps engage everyone in productive conversations right from the moment they enter our facility – it has noticeably changed the level of excitement and enthusiasm of clients to work with us.” Ceri Davies, VP, Head of NP DPU 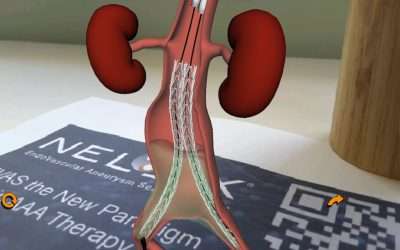 Deakin University – cARdiac ECG
We use cookies on our website to give you the most relevant experience by remembering your preferences and repeat visits. By clicking “Accept”, you consent to the use of ALL the cookies.
Cookie settingsACCEPT
Manage consent